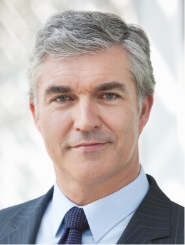 Kenneth Hoberman was nominated to our Board in December 2014. Mr. Hoberman is currently the Chief Operating Officer and Corporate Secretary of Stemline Therapeutics, Inc. where he was a key member of the founding team. He was instrumental in the company’s financings from early private, including institutional, rounds through the IPO and subsequent follow-on offerings. He has extensive financial, accounting, investor relations, corporate governance and business development experience including M&A, strategic alliances and partnerships both domestic and international. His operational expertise includes regulatory oversight, human resources, manufacturing and clinical development. He was previously Vice President of Corporate and Business Development of Keryx Biopharmaceuticals, Inc., where he was instrumental in the success of the company. He also helped secure multiple sources of capital including over $200 million in equity investments through public and private offerings. He also initiated and executed a $100 million strategic alliance and originated, negotiated and closed dozens of licensing and operational contracts, helping to grow the company’s market capitalization to over $1 billion. He also led the team that originated, in-licensed, and developed Auryxia™, which recently gained FDA approval. He received a B.S.B.A. in Finance from Boston University and completed post-baccalaureate studies at Columbia University.