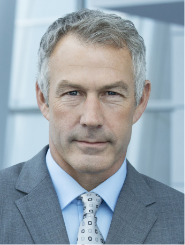 Daniel Hume was nominated for a position on our Board in April 2015. Mr. Hume is currently a partner in Kirby McInerney, LLP’s New York office and is a member of the firm’s management committee. Mr. Hume’s law practice focuses on securities, structured finance, and antitrust litigation and regulation. He joined McInerney, LLP in 1995. Since then, Mr. Hume has advised corporate, public, and individual clients, including some of the largest institutional investors in the world, and helped them recover billions of dollars in losses throughout the course of his career. His work has earned him assorted honors and recognition, including most recently being named to both the National Law Journal “hot” list and law360 “most feared” list for 2013. Mr. Hume is admitted to the New York State Bar and federal courts around the country, including the United States District Courts for the Southern and Eastern Districts of New York, the United States Court of Appeals for the Second, Fourth, and Fifth Circuits, the Appellate Division of the Supreme Court of the State of New York, First Judicial Department, and the United States Supreme Court. He graduated from the State University of New York at Albany magna cum laude (B.A. Philosophy, 1988) and from Columbia Law School, where he served as Notes Editor for the Columbia Journal of Environmental Law (J.D., 1991).